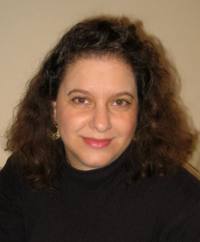 A Q&A with author Marilyn Brant:

Q: When did you first begin writing?
A: I wrote songs and poems and little stories in elementary school, but sixth grade was when the notion of writing professionally first occurred to me. Aside from being on the newspaper and yearbook staff in high school, though, I didn’t take writing seriously until I was about 30. Then, I spent the next several years writing completed manuscripts and submitting them to agents and editors before my fifth one, which was According to Jane, finally sold.

Q: What got you writing contemporary women’s fiction, romantic comedy, and mystery?
A: I love reading contemporary women’s fiction, romance novels, and mysteries — whether dramatic or humorous. My favorite stories in these genres were what inspired me to be a writer. Aside from a lifelong love of classic Jane Austen and Sherlock Holmes, I really enjoyed the domestic dramas of Sue Miller, Anne Tyler, and Elizabeth Berg, as well as the lighter, romantic touch of Pamela Redmond Satran, Susan Elizabeth Phillips, Jennifer Crusie, Susan Wiggs, and Jane Porter. I wanted to find a way to merge the relationship and travel themes explored in my favorite novels with my own humor and writing style and, hopefully, be able to create stories that would resonate with readers.

Q: Did you draw your characters from real people in your life?
A: Some of my characters have a smattering of qualities and personality traits drawn from people I know, but I do a LOT of blending. It’s incredibly important to me to make my characters unique. To do that, I feel I need to give them a range of quirks and some very distinctive behavior/thought/speaking patterns. The real people in my life are certainly interesting, but none of us (myself included) are entirely “fiction-worthy.” Boy, am I glad! I wouldn’t want to be a real-life character. I wouldn’t want to be oddly specific enough for fiction. And I sure wouldn’t want those closest to me to be riddled with the stresses and insecurities prominently featured in the characters I’ve created. So, while I’ll happily pluck a trait or two from someone I know to add to the character mix I’m making, I have to do much more to any character to make him/her novel-ready than merely copy someone from my everyday life.

Q: Do you use your OWN experiences?
A: Absolutely. There are a few of my real-life experiences peppered throughout all of my novels. However, I use far fewer of my own experiences than I do my own emotions. It’s not very important, in my opinion, that a writer live through any particular situation in order to write about it. She should be familiar with some of the corresponding feelings a person in that situation might have, though. For instance, I never went to our prom in high school. But I did go to other high-school dances, and I was asked to be the date of someone on the Homecoming Court when I was in college. What I really know about the prom experience is less about event-specific details (I can make those up!) than about the emotional state of a girl who might’ve felt disconnected and marginal at an event full of pomp and pretension. I think anyone who’s ever been in a room full of people and felt unbelievably alone, but still had to pretend to be having a great time, could channel those feelings and write a scene from that emotional place.

Q: I have a manuscript I’ve completed. Will you read it and give me feedback? Or could you write a blurb for me?
A: I wish I could do that for everyone who asks! For legal reasons, though, I’m only able to read manuscripts that have come to me through an official channel (such as a literary agent or editor). Even then, sometimes my writing schedule and family commitments prevent me from being able to read every story that I know I’d love.

Q: What’s your favorite thing about being a writer?
A: Getting to do something creative every single day. Truly, that’s been such a gift. Even when the plotting of a scene is giving me fits or the synopsis doesn’t seem to make sense at all…I love knowing that I have a place to play with these characters and storylines. My hope is that by writing about women’s dreams and experiences as honestly as possible, I might get closer to helping readers recognize truths about their own lives. It was this sense of “recognition” that my favorite novelists gave to me, and I’ll always be grateful for that.

Q: Do you have a muse or good luck charm?
A: Before I sold my debut novel, According to Jane, the manuscript was a Golden Heart finalist and my son, an avid coin collector who was only 8 at the time, gave me one of his “special quarters” for good luck. I won the award and now keep his quarter on my desk for luck and inspiration.

Q: What is your advice for those who looking to get their novel published?
A: Don’t follow trends just because you think it’ll be an easier sell. And write the books that fit your voice. If what you love writing happens to be a hot-selling genre, great. If your writing voice happens to be perfect for the genre you want to write in and love to read, that’s awesome, too. But — if not — write long and hard enough to find what DOES fit you and your style best. Because then, even if it takes longer to make that first sale than you expect, you’re writing the kinds of stories you most enjoy, and that passion has a way of working itself into the projects you’re creating.

Q: What’s your secret indulgence? A certain food? A particular movie? What would you buy on a day of shopping?
A: Easy. Gourmet European chocolate — dark or milk, with all kinds of different fillings. I’ve tried to break myself of the habit but, really, that’s just not possible. The chocolate goes well with old movies, too, like The Philadelphia Story and Roman Holiday, which I can watch over and over again… Mmm. Cary Grant, Gregory Peck and Godiva/Ghirardelli/Cadbury!

Q: What’s one thing no one knows about you?
A: That I am always watching them — LOL. I can’t turn off the writer thing and am, at all times, collecting the quirky habits and mannerisms of the people around me. (Now they know this, of course, and will be more careful… 🙂 )

Q: What other art form inspires you as much as writing?
A: Music, hands down.  Playing and listening to music remains one of my most enjoyable and inspirational pastimes. Thomas Jefferson wrote, “Music is the favorite passion of my soul,” and I agree with him.

Q: Do you listen to music while you write?
A: No. I wish I could. I adore music, but it’s wildly distracting to me while I’m writing. (Probably because I love it so much and am too often inspired to sing along — however badly!) I reference songs quite a bit, though, in the narrative itself, so I listen to a lot of music while I’m working on a story — just not when I’m actually sitting at the computer doing the typing. One of my favorite activities is to go on walks with my iPod and think about scenes, testing out different songs to see if they provide the right musical subtext. For According to Jane, for instance, I have an entire soundtrack of ‘80s tunes amassed. For both Friday Mornings at Nine and The Road to You, I returned to the sounds of the ’70s. For A Summer in Europe, I referenced musicals, especially those of Andrew Lloyd Webber. And for On Any Given Sundae, I featured the distinctive pop hits of Madonna… I have a “Soundtrack” for each novel on its specific book page.

Q: If you weren’t a writing under a deadline, what would you be doing at home?
A: Reading. You should see how many books are in my to-be-read pile — both the stacks next to my bed and the gazillion novels on my Kindle.

Q: Do you have any phobias, like fear of spiders or enclosed spaces?
A: I absolutely HATE celery. That’s not an official phobia, but I think it should be. The stuff is so horrible it scares me… I’m not wild about bugs or rodents either, but my biggest fear involves having to get up onstage in front of hundreds or thousands of people. I’ve done it a number of times anyway, but the heart-pounding, nausea-creating feeling never goes away.

Q: In an alternative universe, what would you be doing?
A: Traveling. I love it! I’d explore everything from the alternative universe’s equivalent of The Great Wall…to their version of the Pyramids…to the place where they make the best chocolate and/or ice cream on the planet. And I’d want to people-watch and blatantly eavesdrop — at cafés, historical sites, random shops, national parks, etc. I’m pretty sure it would prove that people the world over, at their essence and in whichever universe they inhabit, are all very much the same.

“Music is the favorite passion of my soul.” ~Thomas Jefferson